e2E identified an opportunity for developing a resource management for proposed large constellations of communications satellites. With the growth in demand for global internet connectivity and many satellite operators and start-ups involved in building new satellite constellations there was an expectation that a new market for satellite resource management systems could be exploited. A bid for funding from the National Space Technology Fund under the Pathfinder projects was successful which enabled e2E to develop a technology exploitation roadmap and take the concept to the next phase. 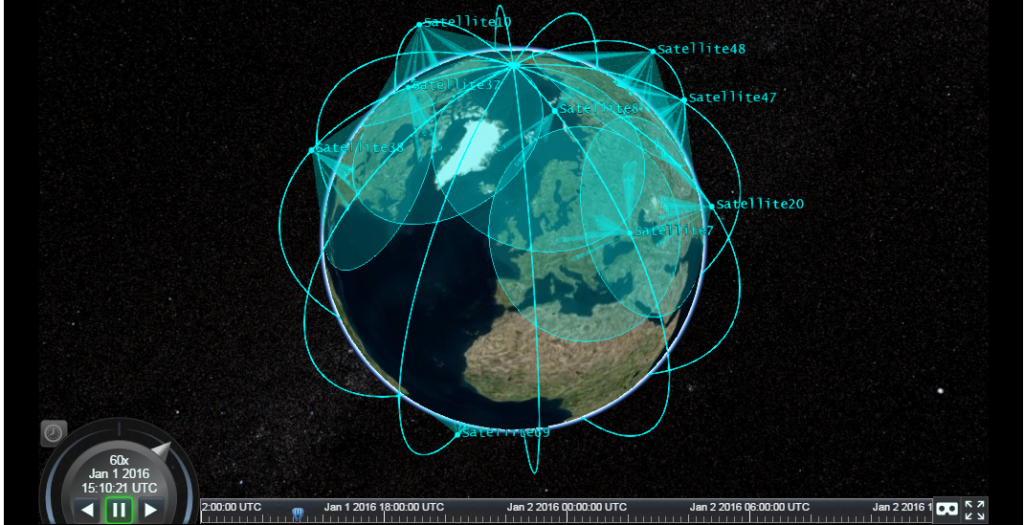 e2E conducted a survey of the current and proposed satellite constellations of non-geostationary satellites. The survey analysed public domain documents including technical documentation submitted to spectrum authorities to characterise the satellite constellations, the technologies used and likely nodes of operation. Using the survey results as well as e2E’s experience in developing resource management systems, the study moved on to draw up a set of high level generic SRM user requirements and software requirements. Technologies and libraries for building the user interface were evaluated before being integrated into a prototype software application. This development of the prototype was driven by the need to create a demonstrable software application, useful for demonstration to  potential customers, in a constrained time period while also establishing a sound architecture for future extensions.